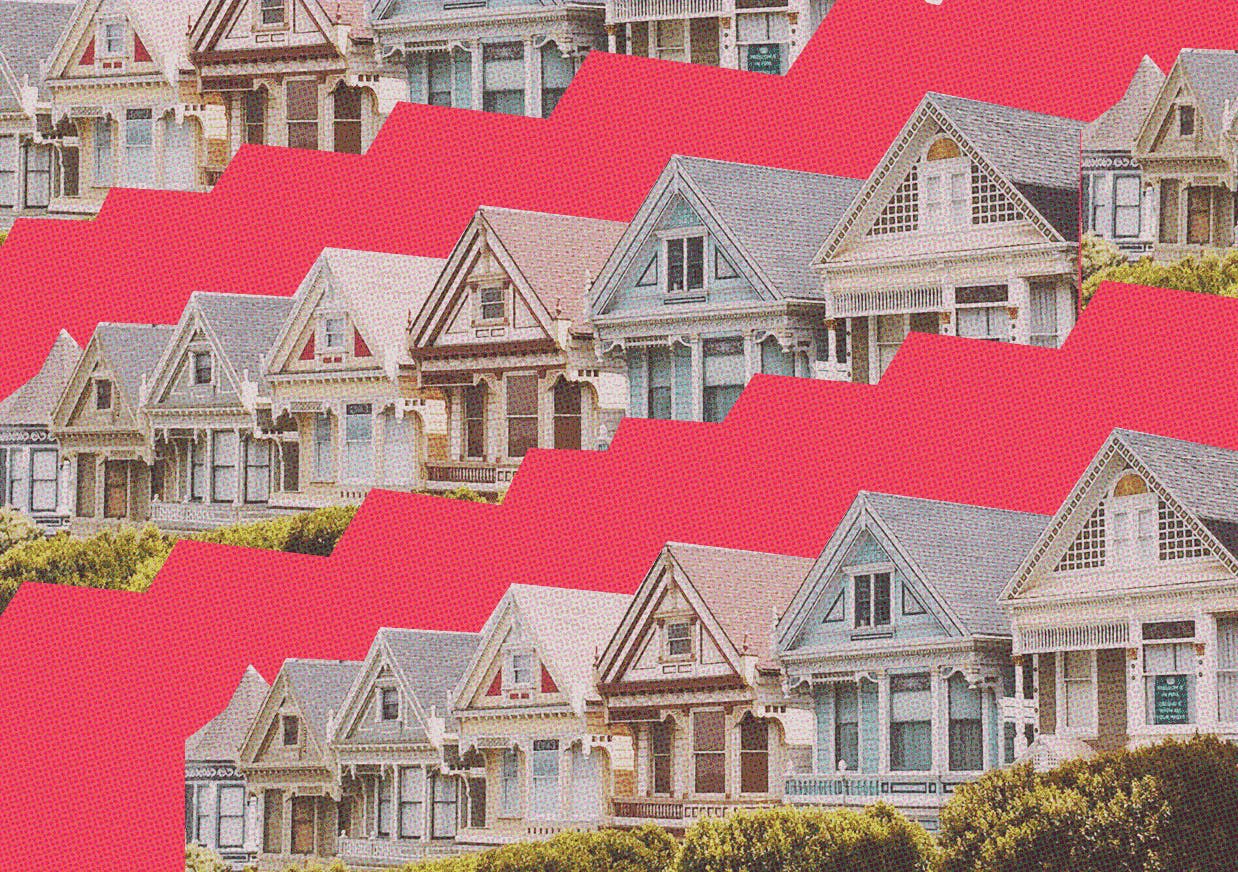 Anatomy of a Crash: What caused the financial crisis of 2008?

How the American Dream became a global nightmare

Unlike many financial events, the 2008 crash lends itself to a narrative we can all understand.

Perhaps it's because of the effect it had on the American public, taking away that most fundamental of things: shelter. Perhaps it’s the timing, coming as it did alongside a steady increase in social media use as we were all able to share the highs and lows of our daily lives. Perhaps it’s just that films like The Big Short and The Queen of Versailles are great movies, making it easy to grasp the devastation of the subprime mortgage crisis and subsequent global recession.

Whatever it is, the result is that those pictures of bankers leaving their New York skyscraper offices struggling under the weight of cardboard boxes are stuck in our collective mind forever.

The story goes that it was midnight on Monday, September 15, 2008 when it happened. The world's capital of finance, a large global investment bank has just gone bankrupt: Lehman Brothers.

Stock market traders stared at their screens in disbelief as markets dropped, ending Monday in the worst selloff that had been seen since the terrorist attacks of September 11, 2001.

And thus, the name Lehman Brothers is now synonymous with the outbreak of a crisis that caused people around the world to lose their jobs and their savings.

But despite what popular history might say, the Lehman Brothers bankruptcy was not the cause of the global financial crisis of 2008. It did lead to a dramatic acceleration of the crisis, but the problems that resulted in the crash had been building for a long time.

So if the blame couldn’t be laid squarely at Lehman Brothers’ feet, how did we get into this mess? Like many financial crises, it started with the best of intentions.

To better understand the causes we have to go back as far as 1977, when the Community Reinvestment Act (CRA) was enacted, a federal law designed to make it easier for low-income families in the US to get mortgages. Over the following 30 years, a series of misguided amendments and revisions turned this well intended act into a loose cannon, making it foolishly easy for people in the US, who had neither a decent income nor any savings, to get loans to buy a house or apartment. These were called subprime mortgages - literally, loans to less than ideal borrowers who it was quite likely would have difficulty repaying them - and by 2005, made up 1 in every 5 mortgages.

After the recovery of the dot-com crisis in the early 2000s, Alan Greenspan (then Head of the Federal Reserve, the central bank of the US, also known as the Fed), stuck to a policy of low base rates - the lower the so-called base rate, the cheaper the banks will grant loans to their customers. This was unusual during a period when the economy was doing well, because the Fed usually sets the interest rate high when the economy is strong. When the economy is suffering, the central bank uses low interest rates to ensure that people don't save their money in banks to earn high interest, but rather spend it, boosting the economy.

The start of a real estate bubble

The combination of easily available mortgages and low interest rates triggered a real estate boom in the US. In the years 2002 to 2007, more and more Americans were buying houses they could not really afford, primarily in poor, working class cities.

But why would a bank give out loans to those people?

Well, if the economy is doing well and people stay employed, banks don’t care whether you can afford the house you buy - they're just interested in getting more and more customers who will pay steady amounts of interest from the loans they are handing out. And ordinarily, although people with low incomes and no savings have very little they can provide to the bank as security, there is still the house in question which can be returned if they cannot pay their debts. The bank can then find a new buyer for the house to recover the unpaid debts.

However, repossession doesn’t work when it happens at scale. Many of the mortgages provided by banks were based on adjustable-rates and began to reset at higher interest rates when the Fed started raising interest rates, resulting in higher monthly payments. More and more borrowers found themselves unable to pay them off.

Suddenly the banks owned a lot of houses, and there just weren’t many buyers. This caused the houses to lose value, and the banks suddenly have huge gaps in their balance sheets. This marked the bursting of the real estate bubble in the US, devastating ordinary American families across the country - in Cleveland, 1 in 10 houses were repossessed, making Deutsche Bank Trust the largest property owner in the city. Overall, 7 million Americans were to lose their homes.

At first sight, this crisis seems very much as an American problem, so how did it affect the whole world and result in a global recession?

The problem was in the selling of investment bundles. Many of the mortgages given to American house buyers were then sold as an investment product to other banks across the globe, and despite subprime loans meaning the risk of a person not being able to repay their loan was high, the credit rating agencies weren’t marking them as such. So, the "bad" loans continued to travel all over the world and when people started to default, it affected banks everywhere.

In fact this started to unfold in 2007, the American government started setting rescue packages in place, and by late 2007 many assumed the worst was over. On 16th March 2008, the US government rescued the bank Bear Stearns by lending money to JP Morgan Chase for its purchase, but financial bailouts had reached their limit, and it was the bankruptcy of Lehman Brothers on March 17th that gave the world an unexpected blow.

The entire global financial system was suddenly facing a problem: no bank trusted any other bank anymore. The lending business between banks, something that had previously made up a significant proportion of the business model, practically came to a stop. More and more banks got into trouble, and governments across the globe had to save multiple financial institutions from bankruptcy.

Many banks became unable to provide funds to businesses, and homeowners in the US were paying off debt rather than borrowing and spending. With less money moving around the economy the financial rot spread, destroying many jobs in its wake.

The US stock market in the crisis

Stock markets had been steadily dropping since the Dow Jones pre-recession all-time high on October 9, 2007, even before the bankruptcy of Lehman Brothers. However, it was only when the US government decided to not save Lehman Brothers from bankruptcy that the markets really started to plummet, hitting its low of 50% below the all-time high in March 2009. Compared to the Great Depression where stock market fell 90% over a period of almost four years, the 2008 crash only took 18 months. It took until 2013 for the US stock market to fully recover to the pre-crisis levels.

In Europe it wasn’t only banks and industrial companies that were struggling during the financial crisis. As a consequence of the weakening economy, the falling tax revenues, skyrocketing unemployment and the billions of Euros spent on bailout banks were all putting enormous strain on national budgets. Investors lost confidence that countries in the Euro would be able to repay their debts,  particularly countries like Greece. That meant that the countries had to pay increasingly higher interest rates to get loans at all, which in turn drove their debts up - a financial vicious cycle. It was in the aftermath of the US' housing crisis that the Euro crisis arose in Europe.

So what did we learn?

To prevent such a financial crisis from happening again, governments around the world including under Obama in the US, have introduced stricter rules for banks in the aftermath of the crisis to prevent them from taking such risks again. These include things like requiring consumers to have a minimum amount of capital to take out a loan, decreasing the leverage that banks can use,  and forcing banks to hold extra loss-absorbing buffers.

But the Trump presidency has seen more risk-taking behaviour, with a general move back towards deregulation, reducing government involvement in business. It seems that in the US, the financial crisis of 2008 has been all but forgotten.

The lesson still to learn?

That those who do not learn from history are doomed to repeat it. 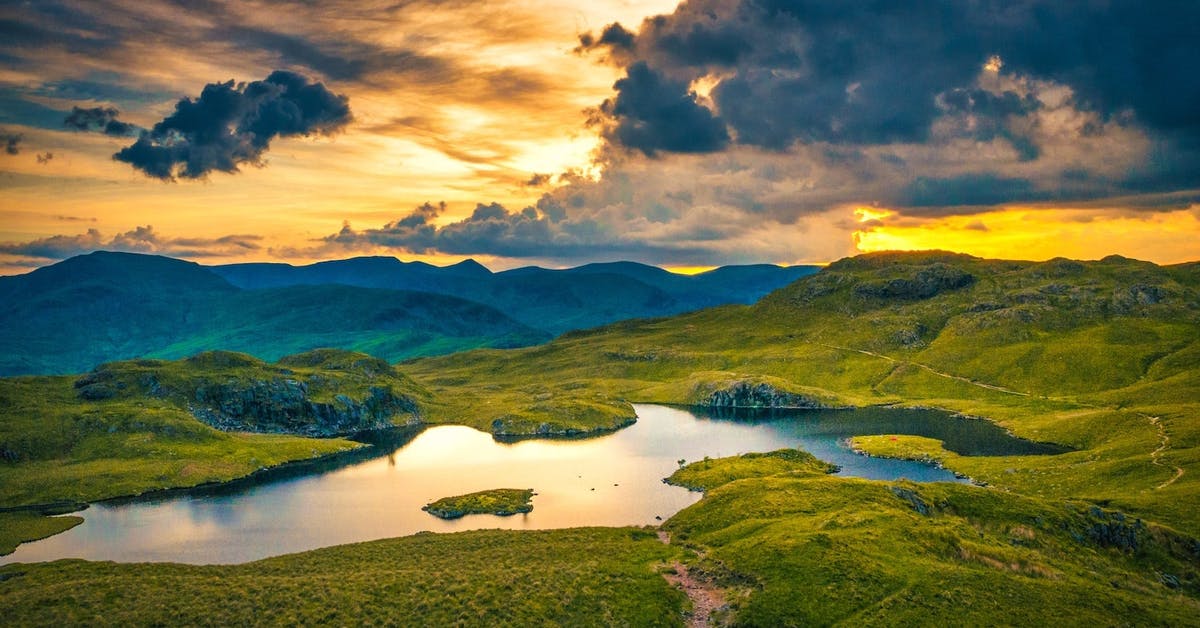