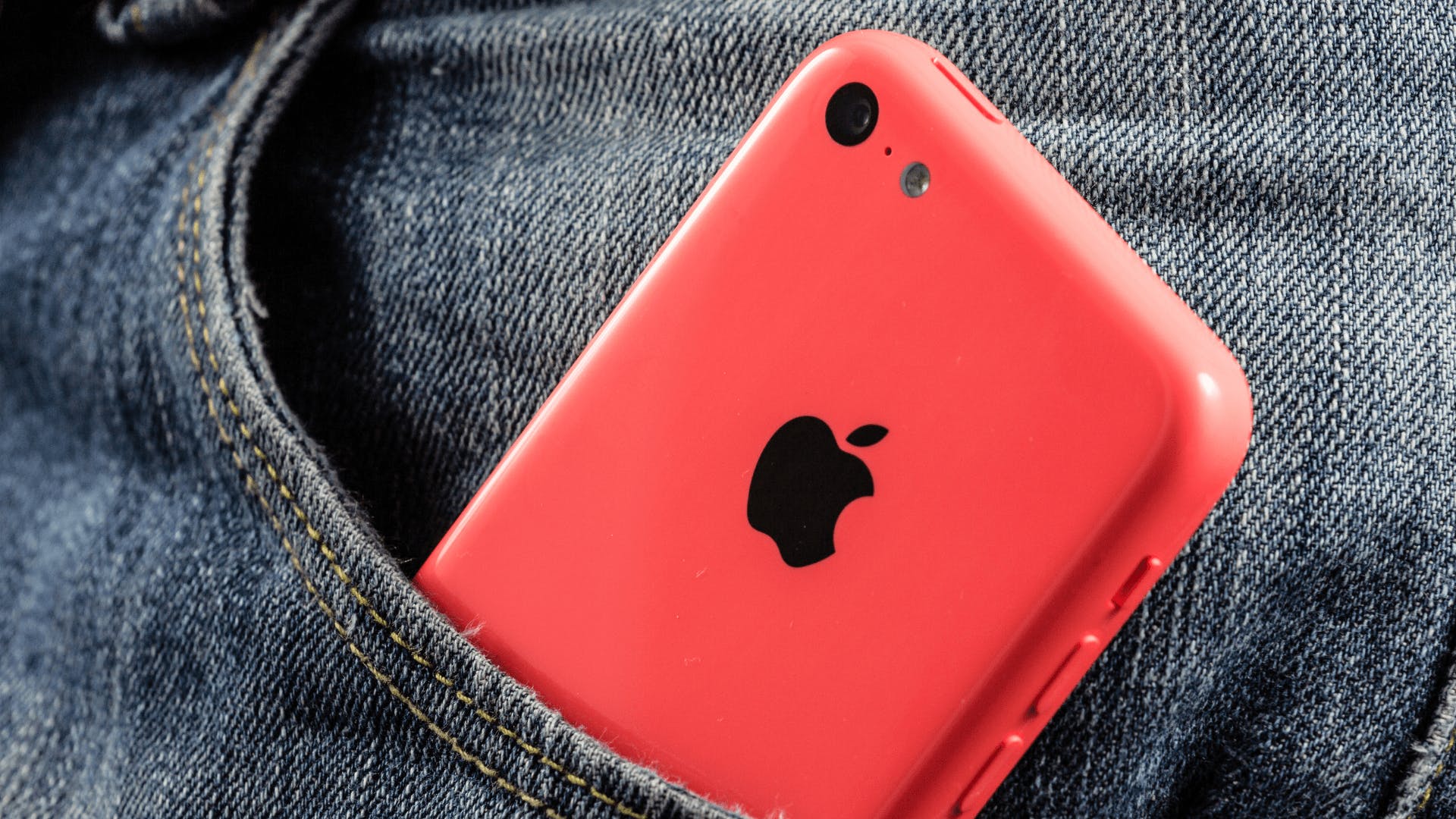 Apple and sustainability: The good, the bad, and the ugly

Is Apple environmentally friendly? Here’s what you need to know before buying the Apple stock

Apple and sustainability: where do we begin?

Apple refurbishes… Apple recycles… Apple uses renewable energy… For years, this tech giant has been telling everyone that it’s greener and more sustainable than its competitors. Yet it’s fair to ask: is Apple as environmentally friendly as it claims to be?

September is “that time of the year” again, with the newest iPhone 13 hitting the stores — and finding their ways in the pockets of the consumers. But before you give in to the Apple rush — or hurry to buy its surging stock — read this, as we dive into (some of) Apple’s green practices and uncover some not-so-green secrets.

1. Apple places an extremely high value on presenting itself as sustainable and climate-friendly and does this extremely well from a branding and marketing perspective. However, there are some doubts and criticisms about the company's practices that raise the question of whether Apple is really acting for the planet — or for profit.

2. Apple's decision to no longer include USB power adapters and headphones with its new iPhones has resulted in less transportation-related emissions and less packaging waste. Yet it has also led to a 1% growth in gross profit margin for the company, while Apple also made its products more expensive, not cheaper, for the consumer.

3. Apple launches new products every year and thus encourages customers to upgrade to the newer product every year (see “batterygate” below). Apple thus encourages a rather unhealthy consumer behavior and more emissions from the “throwaway society”.

Crazy to think, but the iPhone has been around for almost 15 years now, with the first iPhone hitting the market in 2007. Fast forward to 2021 and Apple is one of the largest smartphone manufacturers in the world with 15% market share in Q2 2021.

Of course, with such a massive market share comes responsibility. Responsibility towards consumers, suppliers — and also towards our planet. Tim Cook, Apple’s CEO, took it to Twitter in 2020, promising that “by 2030, Apple's entire business will be carbon neutral”. The planet, he said, can’t wait.

A bold statement to spread for a tech giant. But are Apple’s sustainability practices enough to mitigate climate change? Let's take a closer look.

One of Apple's most talked-about decisions on the company's path to carbon neutrality is the abandonment of the USB power adapters and headphones that come with new iPhones.

In case you forgot about it, here’s a refresher:

In late 2020, Apple announced that customers will not receive a charging adapter or headphones with the purchase of an iPhone, since “everybody has them at home anyways”.

This move has angered some users — and understandably so, given the hefty price tag of €1,149 for the new iPhone 13 Pro that was introduced last week.

But according to Apple, this decision was made due to sustainability concerns: dispensing the additional gadgets, i.e. the adapter and the headphones, can save an extremely large amount of packaging material, making the packaging smaller, lighter and allowing more iPhones to fit into a shipping container, says the tech giant. According to Apple's website, the new packaging enables 70% more iPhones to be shipped in one container, which "helps reduce [Apple's] carbon footprint".  In addition, power adapters use large amounts of manufacturing materials, such as plastic, copper, and zinc. So by not adding power adapters by default, Apple was able to conserve 8.61 lakh tonnes of metal, as stated by the company.

So far, Apple really seems to be environmentally friendly, doesn’t it?

Well, kinda: of course, sending fewer containers halfway around the world is definitely an important step towards sustainability.

However, doesn't 70% less packaging and transport also mean 70% fewer transport costs for Apple? In addition to the costs, the company saves anyway since it no longer has to produce as many adapters and headphones? 🧐

Yes, it does, because nothing of the cost reductions Apple has realised through the new packaging and accessories waiver has reached the consumer. In fact, quite the opposite happened: iPhone prices have nearly doubled from 2010 until 2020 and the newly introduced iPhones 13 have topped the old prices once again.

Furthermore, according to Gene Munster, managing partner at venture capital firm Loup Ventures, ditching the headphones and the charger helped increase Apple’s gross profit margin by a little over 1%, which is quite a lot.

Does that still sound like sustainability-only intentions on Apple's part to you?

Certainly not for the country of Brazil. After Apple started selling iPhones without charging cables, they imposed a fine of R$10.5 million (that's about €1.7 million) on the company.

However, compared to the $22 billion in profits Apple posted in the last quarter alone (Q3 2021), this doesn't sound like a big problem for the company. 😅

So we can conclude: In the past, there have already been examples of Apple's self-portrayal not quite matching the reality which explains why some people have been questioning Apple’s sustainability.

Of course, this is to a certain extent conjecture and some Apple fans will certainly hold on to the idea that Apple really only acted out of a desire for sustainability, but still, it’s clear that we, as customers, get relatively little of the advantages that Apple has gained through the innovations.

The product: “Buy the new iPhone and buy it now!”

Every product in the world is causing the emissions of CO2e and the iPhone is no exception. The manufacturing, transportation, daily use, and, yes, recycling of our beloved smartphones results in emissions, whether you like it or not.

And that's normal and acceptable — to a certain extent. But after looking at the manufacturing and handling of iPhones at Apple, a few questions arise.

First, if you take a look at the emissions caused by iPhones, you will immediately notice that most of these emissions are caused by the production of smartphones. For iPhone 12, for example, 83% of emissionsare related to production; for iPhone 13, 81% are occurring during production. This is because using smartphones does not cost that much energy, and energy efficiency has been greatly increased in recent years. So it’s mainly the production-related emissions that are the main culprits here.

For this very reason, it’s crucial that consumers are encouraged to use Apple products for as long as possible — so that the emissions could be "spread" over as many years as possible. But Apple is pushing a new product and a new upgrade every single year. If we buy a new iPhone every year, we are indirectly responsible for over 80% of the total emissions of the new devices we don’t really need, because, as consumers, we demand them to be produced in the first place. If we keep using our old iPhones or buy a used one, we aren’t.

And while the iPhone 13, for example, “only” causes on average 73 kgs of CO2e emissions per unit (the amount of emissions depends on the storage), if you think of Apple’s plans to sell around 250 million iPhones in 2021, this amount of emissions quickly rises to 18,250,000 tonnes of CO2e in just one single year. (This is equivalent to 10,147,000 return flights from Berlin to New York, or more than 182 million hours of flight time. Which would take ca. €739 877 799 to offset, according to our calculation (we used Atmosfair) 😱.)

Then there’s another suspicious point: Apple puts a great emphasis on recycling, increasing the energy efficiency of their products, and using new technologies — everything that should result in fewer emissions, according to their environmental progress report.

And yet, if we look at the emissions per iPhone generation, we notice that the emissions trend is upward rather than downward. So on the one side, the narrative is “we do X and focus on sustainability”, but on the other side, the reality is “but somehow our product emissions aren’t decreasing at all”.

As mentioned above, due to the high emissions from the production of iPhones, it is very important that we use them for a long time. In reality, however, it looks different, and Apple is partly to blame.

Through the fancy (and expensive) Apple Events that take place every fall in order to introduce the new iPhone, the company, again and again, creates and re-creates the hype and animates individuals to buy. Also, mysteriously, the products get “way better” every 12 months — in fact, so much better that Apple tells us every year that we need them, like, right now. 😅

And again, we’re asking ourselves: Can urging people to buy a new smartphone every 12 months, despite it still working and unused tech literally piling up, be a sustainable practice for a company that claims to be “climate-friendly”?

You've probably heard the rumor that Apple is intentionally slowing down old iPhone models with iOS updates and damaging the battery to get customers to buy a newer model.

This rumor and following lawsuit is also called “batterygate”.

And yes, according to Apple, it is true that older models and their batteries are affected by the new updates. Slowing down iPhones, however, only happened “in an attempt to preserve battery life”, but nudged consumers to buy newer, more expensive models instead, since the old phones suddenly were too slow. While this battery-management practice might have been a good intention, Apple had to pay out a hefty $113 million to settle the “batterygate” investigation in the US.

And just so you know, Apple is still slowing down iPhones to extend their lifespan. The whole thing is officially happening now and is called "performance management". So if you feel like your iPhone XS, XR, 8 or 7 is slowing down, you're probably right.

Conclusion: Apple is missing the forest for the trees

So, is Apple environmentally friendly?

Of course, the company has made decent efforts in recent years to become CO2-neutral. These efforts have definitely had a positive impact on the environment, but also on Apple's balance sheet and income statement.

Whether it is reprehensible that Apple only reports on the former can be questioned here and it is up to each individual to answer this question.

However, it has to be said that Apple's business model of launching new products every year and marketing them as “groundbreaking” does not exactly encourage sustainable consumption. Whether we like to admit it or not, but our favourite brand is shifting towards non-upgradable, non-maintainable products, becoming the Zara of smartphones.

For Apple, just like for the rest of us, there is still a long way to go before really becoming climate heroes. 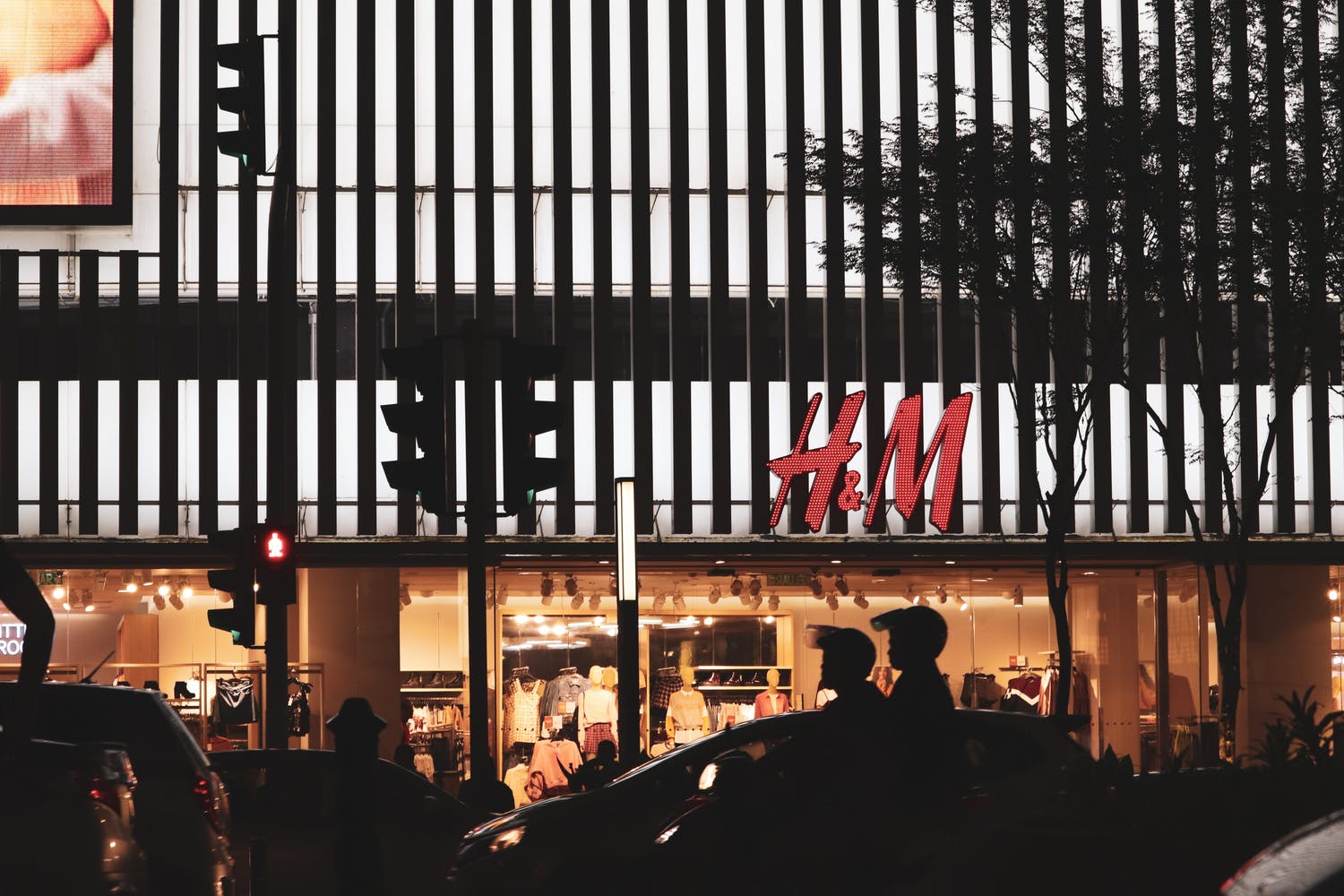 Is H&M sustainable? What you need to know about H&M Conscious

How sustainable is H&M and its “Conscious” collection? A deep-dive into the fast fashion giant’s sustainability practices 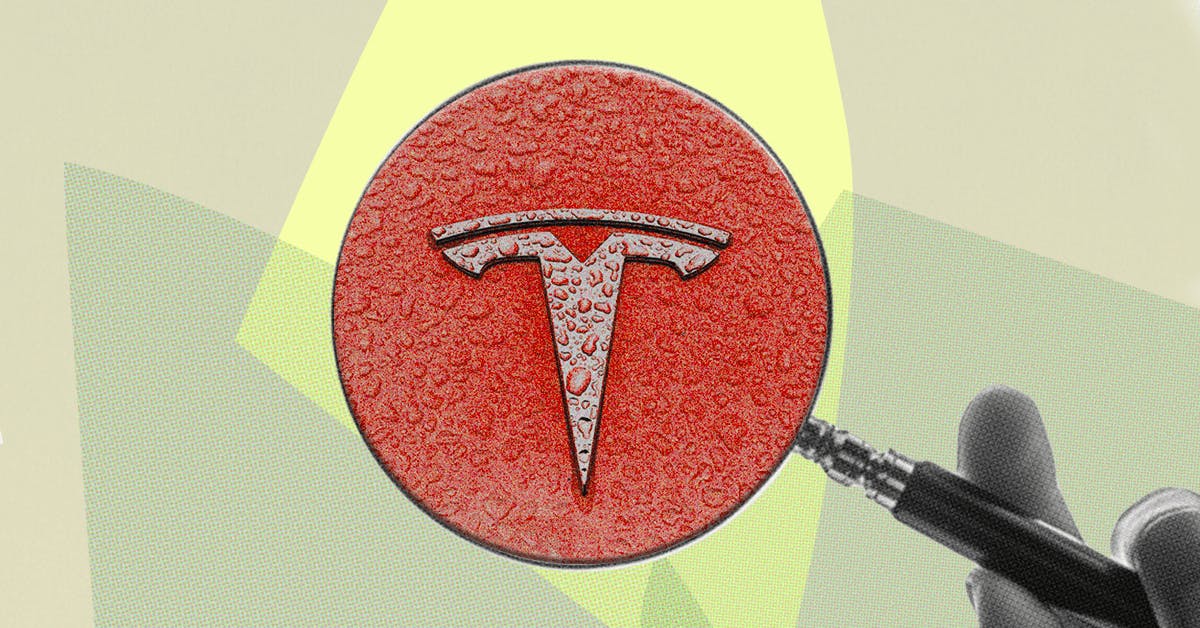 Tesla and sustainability: Is Tesla really that green? 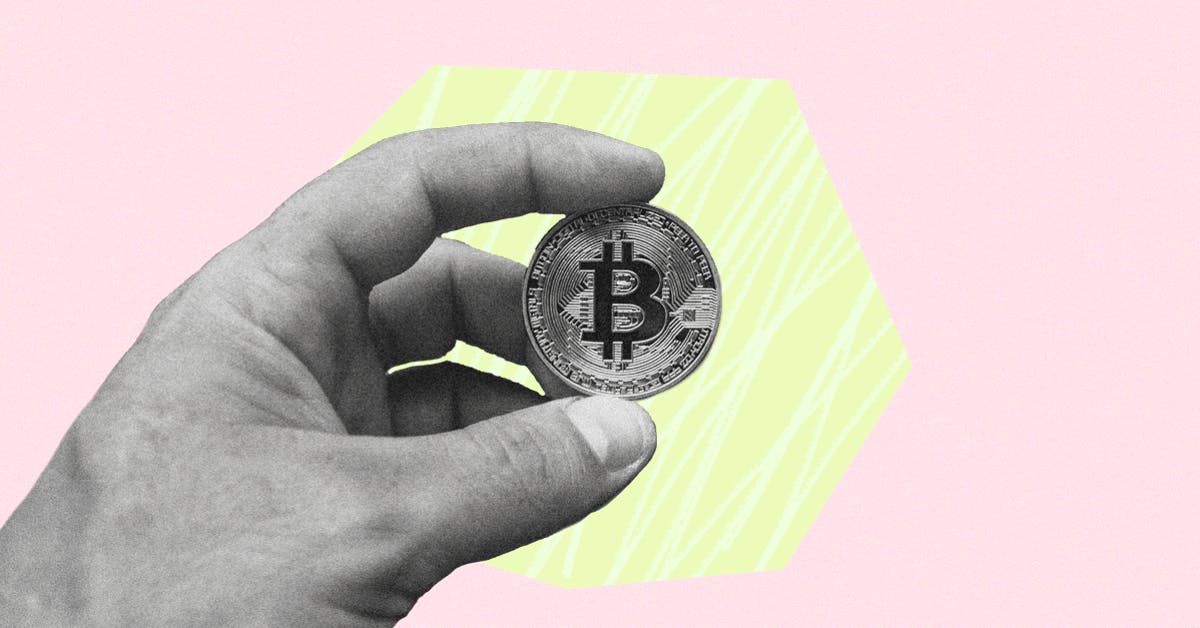 Is bitcoin bad for the environment?

Debunking the environmental impact of crypto