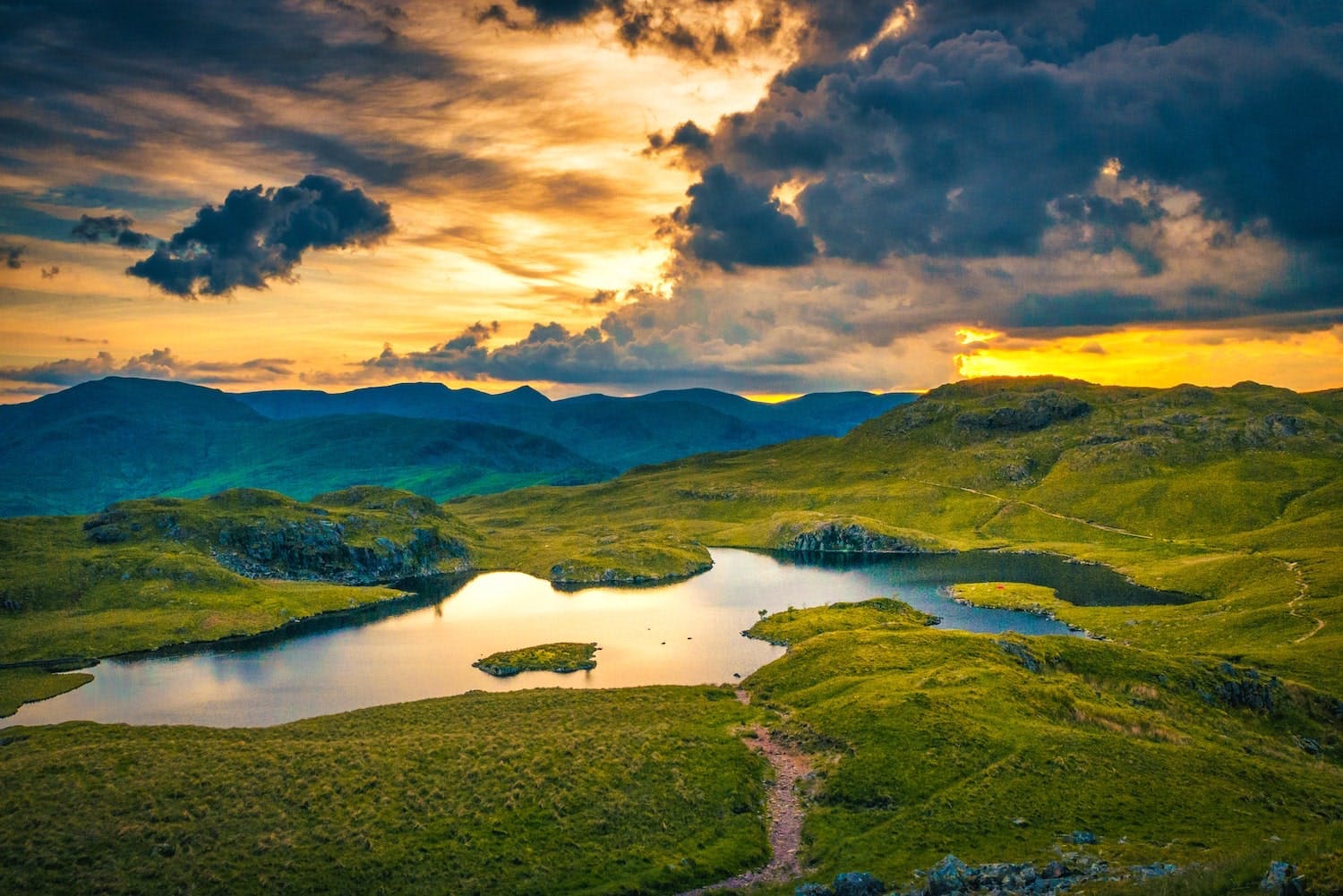 Water is important, we all know that — we ourselves consist of 55-60% water. We regularly hear from doctors and health experts that, apparently, water makes us, and our lives, way better.

What we don't hear as much about, however, is how important of a resource water is not only for us humans, also but for our ecosystem, our economy, and our planet. And that we can not only benefit physically from global water but also financially — by investing in it.

In this article, let’s take a look at how to invest in water. We’ll see why water is already being traded on the financial markets, whether investing in water makes sense, and how exactly you can invest in this resource.

1. Just like gold, coal, grain, oil, or sugar, water is a commodity. That means it can be traded and that the price of it can fluctuate, depending on supply and demand.

2. Various studies have found that the supply of water could decrease in the next few years, but the demand will increase extremely. This will probably lead to an increase in water prices and a worsening of the water crisis.

3. To counteract the water shortage, you can invest in companies that deal with recycling water and water efficiency. There are also various managed funds such as the Pictet Clean Water Fund (soon available in the Cooler Future app!) through which you can profit from water as an investment opportunity.

How to invest in water: The basics

OK, before we discuss how to invest in water, let's take a look at water as a resource itself.

The most important thing to know about water is that it is a commodity, just like gold, coal, grain, oil, or sugar. And just like these other commodities, the price of water can fluctuate: in other words, it is volatile.

Whether the price of a commodity goes down or up always depends on supply and demand.

Let's look at oil, for example, which is used for production, transport and industry.

When the world economy came to a halt in 2020 because of the coronavirus, oil prices shot down. There was much more oil available than there was demand.

In comparison: Current oil prices are at their 7-year high and there is no end in sight as the economy recovers from Covid-19. So demand has gone up.

The same is true for sugar. When a season leads to a very low sugar harvest due to drought or extreme weather events, we have less supply on the market. There is more demand than supply, hence prices are going up.

It's the same with water.

But when it comes to understanding the supply and demand of water, there are two questions to answer: How much water do we actually have on earth? And can we meet the demand without any problems?

Approximately 71% of our planet is covered with water, mainly at the bottom of the oceans.

At first glance, yes. However, only 3% of this water is freshwater, i.e. water that we humans can use. The remaining 97% is too salty to drink or use for agriculture.

In addition, another 2.5% of our freshwater is inaccessible to humans. This means that it is frozen in glaciers, for example.

Not so much water on earth after all, after all.

In addition, it is also expected that in the coming years and decades our water supply worldwide will be extremely threatened and will decrease rather than increase.

This is due to several reasons. One of them is climate change, of course: the extreme weather events threaten the availability and cleanliness of water, and the rising sea levels contribute to the scarcity of freshwater. As the oceans rise, freshwater becomes salty water, which, as mentioned, is unusable for humans. In addition, climate change has been proven to lead to more droughts, which can severely endanger the water supply in entire regions because of water scarcity, a drop in groundwater levels, or an intrusion of saline water.

All these reasons for decreased water supply have one overarching consequence: the price of water will rise. Because, as we have already learned, less supply leads to higher prices.

The skyrocketing demand for water

Let's keep this in mind: The global water supply is in danger. This situation may stay the same or even get worse in the next few years. But what about the demand?

After all, if demand was to fall as well, a falling supply would not be a problem.

Unfortunately, the opposite is the case. Researchers worldwide agree that the demand for water will only increase in the coming years.

According to this study in the UK, water demand will rise by 30% until 2050. The graph below very clearly illustrates how the increasing consumption of freshwater is expected to continue in the next few years:

Why is the demand for water increasing so dramatically?

To answer this question, we need to understand what water is actually being used for.

If we look at European countries, we can see that it is not, as is so often assumed, the water that households use directly (i.e. for their laundry, showers, etc.). Mainly, water is used for Agriculture and Electricity.

Why’s that? Here’s a small example to illustrate:

For the production of 1 kg of coffee beans, you need 18,900 litres of water(plus the water that is used for preparation afterwards). For 1 pint of beer, on the other hand, you only need 168 litres of water, which is definitely the more climate — and water-friendly — option. 😉

So, food production is one of the biggest water sins in the world.

In addition, a large proportion of people are getting richer, and with wealth comes over-consumption.

However, this gap between developing and developed countries, as we see with China and the US, is set to narrow: By 2030, over 70% of China's population could be part of the middle class, consuming nearly $10 trillion worth of goods and services, and India could be the world's largest middle-class consumer market, surpassing both China and the US.

Worldwide, the global middle class is expected to reach 5.3 billion people by 2030. This means more than 2 billion people with more wants and purchasing power than today.

The water crisis: Millions of people at risk

Another factor that influences the price of commodities — besides the supply and demand relationship we have just looked at — is their scarcity. Scarcity is what gives a commodity value, because if there were an infinite supply of a commodity, who would be willing to pay a lot of money for it?

The most typical example of scarcity is diamonds. Why are diamonds more expensive than stones? Yes, they sparkle when you cut them properly, but from an economic point of view, they are mainly more expensive because they are rarer.

The scarcity principle applies to all goods and thus also to water. If water should (unfortunately) become scarcer in the next few years, this could therefore be a good investment opportunity.

Two billion people already live in countries with water scarcity and these numbers are likely to increase in the coming years.

For example, England has announced that by 2050, domestic demand could exceed supply by up to 3.1 billion litres — per day!

For the rest of Europe, the situation is similar. According to WEI+ (the Water Exploitation Index Plus published by the European Environment Agency), some countries in Europe are soon risking becoming water-scarce states, if no immediate action is taken.

Europe is running out of water

For the rest of Europe, the situation is similar. The Water Exploitation Index Plus(WEI+), published by the European Environment Agency, quantifies how much stress a country's water resources are under.

To prevent this and to ensure that people continue to have access to clean and sufficient water, many organisations now commit to water treatment and water efficiency.

Water as an investment opportunity

The imbalance between the supply and demand, the rising prices, the scarcity of water — all these factors make water a lucrative investment opportunity.

So now, finally, we’re coming to the interesting part of the article: how to invest in water, and where?

In principle, as an investor, you have various possibilities to invest in the water industry — just like in all other industries.

For example, you can invest in individual shares of companies that are, for example, dealing with improving water efficiency (i.e. using less water for the same product) or with the recycling of water. These companies actively contribute to preventing water scarcity and will thus become extremely important in the future when the society will be trying to stop water shortages.

If equities are not your thing, there are of course other ways to invest in water, such as ETFs that track water indices (like the Dow Jones U.S. Water index or the S&P Global Water index) or mutual funds that are actively managed and invest in various equities and/or water bonds for you.

(Interested to know how we select the best sustainable funds? Read this.)

Water is arguably the most important resource on our planet and has gained more and more attention from the global community due to the potential imbalance of supply and demand and increasing water scarcity.

It is extremely important that we solve our water challenges simply to be able to guarantee life on earth. This can be done through non-profit projects, but also by investing money in companies that are actively engaged in increasing water efficiency and water treatment.

Knowing how to invest in water is going to become a crucial skill for any investor who wants to diversify their portfolios. Yet, knowing why you should be investing in water is absolutely crucial if you want to make sense of the global challenges — and help solve them by investing your money in the right sector. 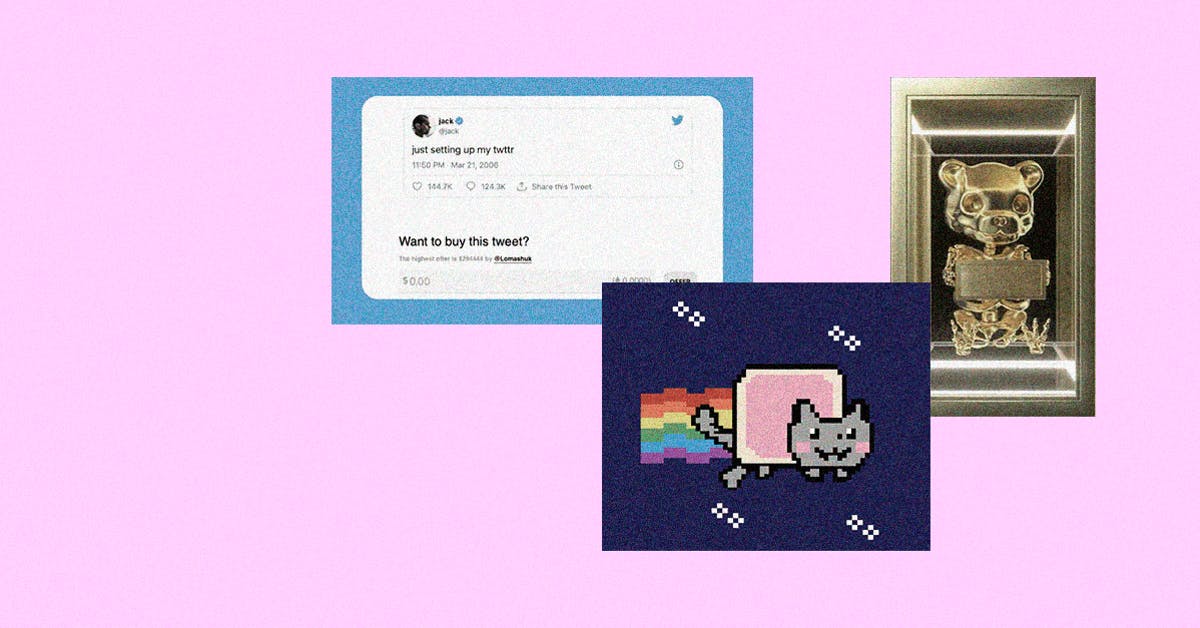 What are NFTs? A guide to investing in digital art

Is the future non-fungible? Here’s everything you need to know about NFTs